When a language dies, a whole world disappears.

More than half of the 300 indigenous languages of North America are now extinct. But a movement by Native peoples to resurrect and preserve these languages is thriving in many places around the continent. In this film, Native people from various tribes and languages discuss the heart wrenching loss of indigenous languages, and the importance of keeping what remains alive. An important film for any interested in linguistics, saving Native American Indian languages, and saving global languages. 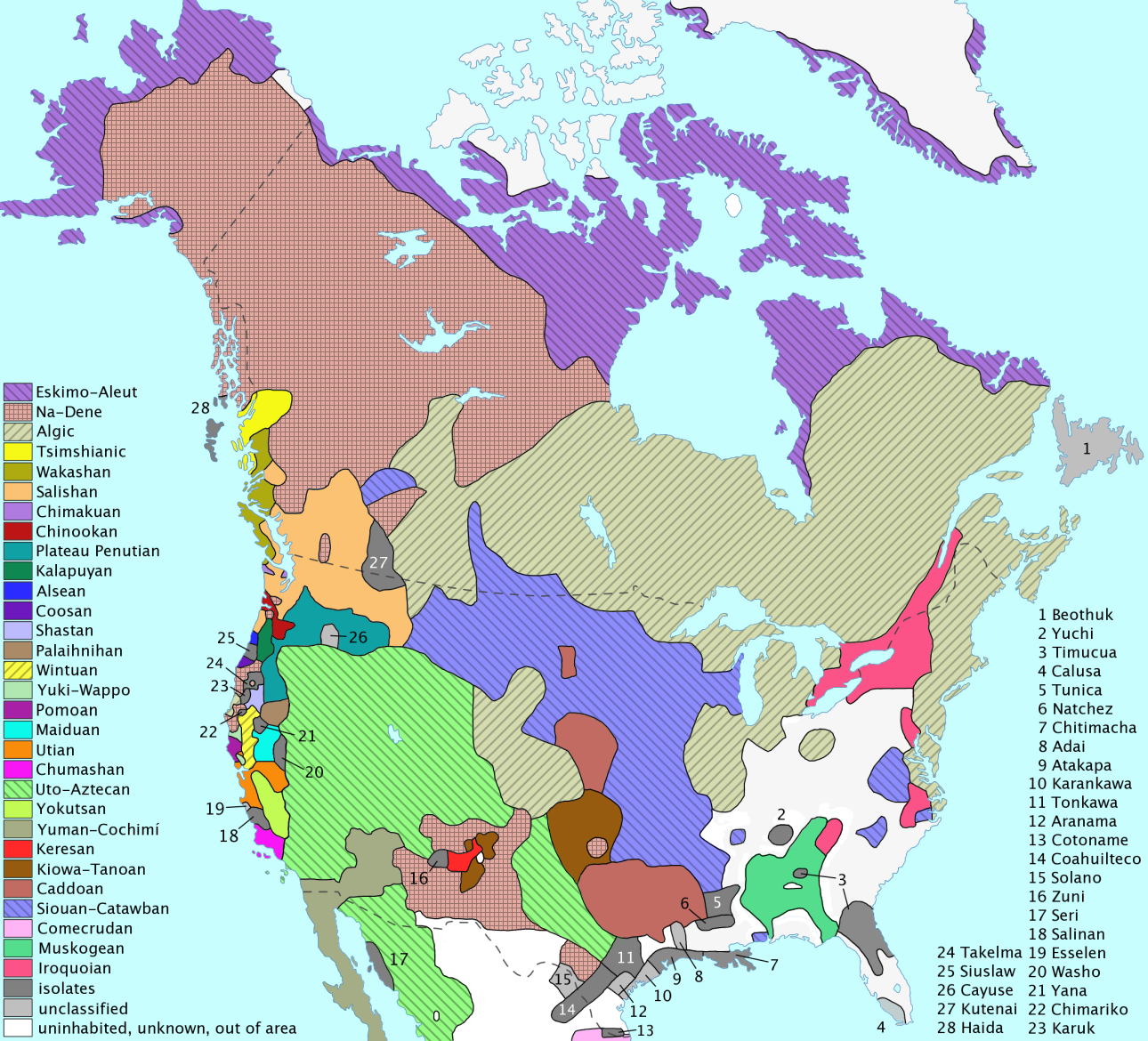 There are approximately 296 spoken (or formerly spoken) indigenous languages north of Mexico, 269 of which are grouped into 29 families (the remaining 27 languages are either isolates or unclassified). The Na-Dené, Algic, and Uto-Aztecan families are the largest in terms of number of languages. Uto-Aztecan has the most speakers (1.95 million) if the languages in Mexico are considered (mostly due to 1.5 million speakers of Nahuatl); Na-Dene comes in second with approximately 200,000 speakers (nearly 180,000 of these are speakers of Navajo), and Algic in third with about 180,000 speakers (mainly Cree and Ojibwe). Na-Dené and Algic have the widest geographic distributions: Algic currently spans from northeastern Canada across much of the continent down to northeastern Mexico (due to later migrations of the Kickapoo) with two outliers in California (Yurok and Wiyot); Na-Dené spans from Alaska and western Canada throughWashington, Oregon, and California to the U.S. Southwest and northern Mexico (with one outlier in the Plains). Several families consist of only 2 or 3 languages. Demonstrating genetic relationships has proved difficult due to the great linguistic diversity present in North America. Two large (super-) family proposals, Penutian and Hokan, look particularly promising. However, even after decades of research, a large number of families remain.

How to start a conversation in Navajo