Humour: Principles of Economics and The Audit

(A small board meeting. An accountant stands up and reads…)

Accountant (Michael Palin): Lady Chairman, sir, shareholders, ladies and gentlemen. I have great pleasure in announcing that owing to a cutback on surplus expenditure of twelve million Canadian dollars, plus a refund of seven and a half million Deutschmarks from the Swiss branch, and in addition adding the debenture preference stock of the three and three quarter million to the directors’ reserve currency account of seven and a half million, plus an upward expenditure margin of eleven and a half thousand lira, due to a rise in capital investment of ten million pounds, this firm last year made a complete profit of a shilling.

Chairman: Wilkins, I am the Chairman of a multi-million pound corporation and you are a very new chartered accountant. Isn’t it possible there may have been some mistake?

Accountant: Well that’s very kind of you sir, but I don’t think I’m ready to be Chairman yet.

Board Member (John Cleese): Wilkins, Wilkins. This shilling, is it net or gross?

Chairman: Yes, has tax been paid on it?

Accountant: Yes, this is after tax. Owing to the rigorous bite of the income tax five pence of a further sixpence was swallowed up in tax.

Board Member: Five pence of a further sixpence?

Chairman: Then where is the other penny?

Board Member: That makes you a penny short Wilkins. Where is it?

Accountant: (in tears) I embezzled it sir.

Chairman: What all of it?

Accountant: Yes all of it.

Board Member: You naughty person.

Accountant: It’s my first. Please be gentle with me.

Chairman: I’m afraid it’s my unpleasant duty to inform you that you’re fired.

Chairman: Yes, there’s no place for sentiment in big business.

(He goes over to a wall plaque ‘There is no place for sentiment in Big Business’. He turns it over. On the back it says ‘He’s right you know’.)

Spotter (Eric Idle): I heard that. Who said that?

All: (pointing at the bishop) He did! He did!

Bishop: No I didn’t.

(Shot of the bishop bound and gagged and tied across a railway line.)

Voice Over (Eric Idle): Here is the address to complain to…

Voice Over: Tristram and Isolde Phillips, 7.30 Covent Garden Saturday, near Sunday, and afterwards at the Inigo Jones Fish Emporium.

Jewish Figure (Michael Palin): And they want to put the licence fee up? 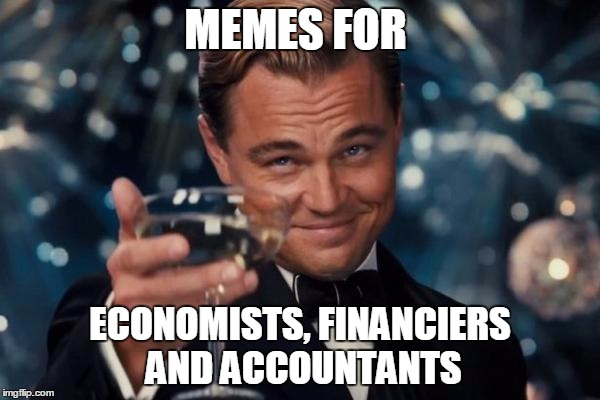 One thought on “Funny videos about economics and accounting”